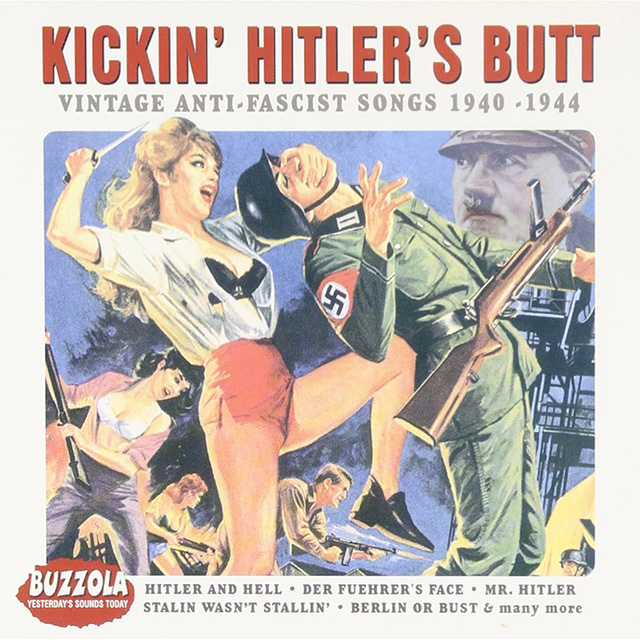 In the year 2017, a new type of Nazi guy got punched in America twice in one day.

As you would expect, this caused quite a fuss.

Most people with Internet access seemed to be extremely entertained about this Nazi punching incident, even if they ultimately felt that hitting other humans in the face is, you know, wrong. Then there was another contingent of people with Internet access who apparently forgot about the fact that, whatever your personal feelings about it may be, physically harming Nazis is one of the most American things a person can do.

Since you might not know any old people you can ask about it, here’s a sweet collection of songs from the early ’40s. Hint: that’s World War II – you’ve probs seen at least one movie about it.

These songs are all about ruining the day of anyone wearing a swastika on their person. The cover art does a pretty great job of getting the message across.