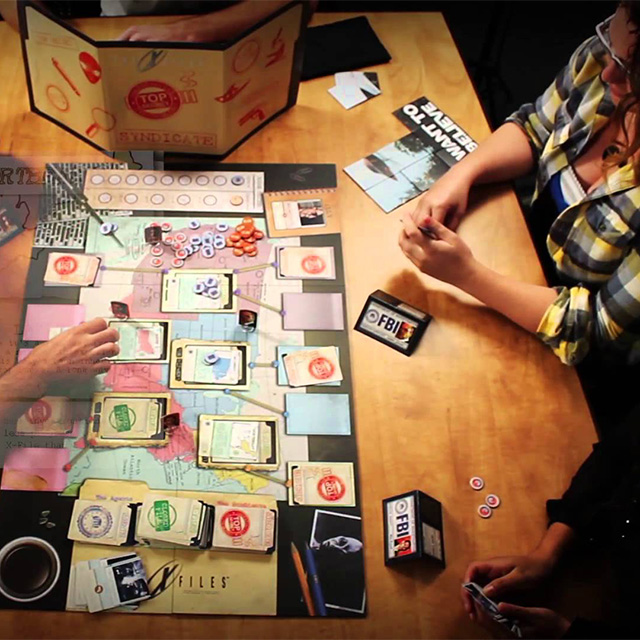 The truth is out there and The X-Files board game is it!

Every kid who grew up watching the show, letting it scare the crap out of them and give them nightmares – here’s your chance to to put yourself in the role of Agents Mulder and Scully!

The gameplay is based on the initial three seasons of the series. So, not that the show (or movies) ever gave us all the answers we wanted, but the game is focused on those early years when we really didn’t know wtf was going on with anything.

It’s Agents vs. The Syndicate in this game and only time can tell who will come out on top.

Watch out for supernatural-seeming turns of event – it’s the most fun to happen on this planet outside of Area 51!

Trust no one who says otherwise!