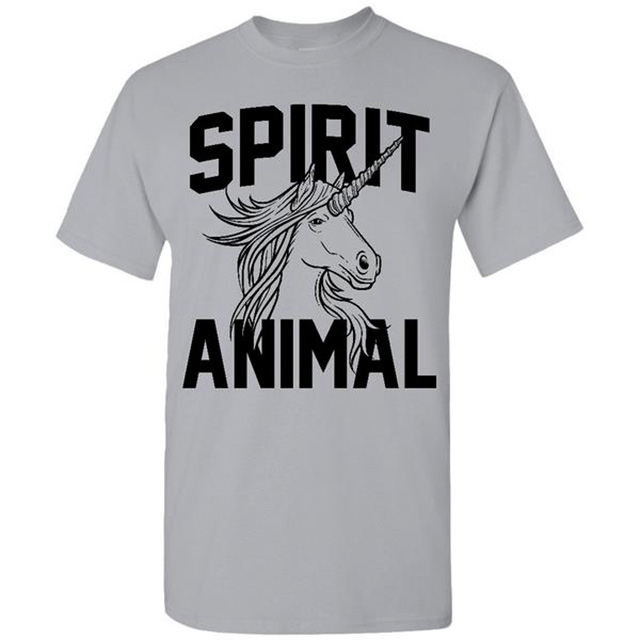 Unleash your inner unicorn all over everyone else’s mundane eyeballs with this majestic t-shirt.

“Spirit animals” are a critically misused conversational device. People see some picture of a sloth sleeping peacefully and they think it’s cool or interesting to pretend to be super overworked so they post the cute sleeping sloth on social media with a “spirit animal lol” caption.

If you do this, you’re doing everything all wrong. Spirit animals aren’t a creature representing who you are as a person right now. Spirit animals are a representation of who you’re supposed to be but this stupid world (a.k.a. reality) won’t let you!

Spirit animals are larger than life, magical and mythical beasts! The kind of animal you’d be if you could be an animal!

And if you’re thinking, no dude, I really just would be a chill creature like a sloth or something – you’re still wrong. Bears literally hibernate and bears are glorious as fuck. Also, blue whales, bitch. They’re the largest animal on the planet and basically all the do is chill in the ocean.

So start doing this the right way right now by grabbing a unicorn spirit animal shirt and feel the magic!