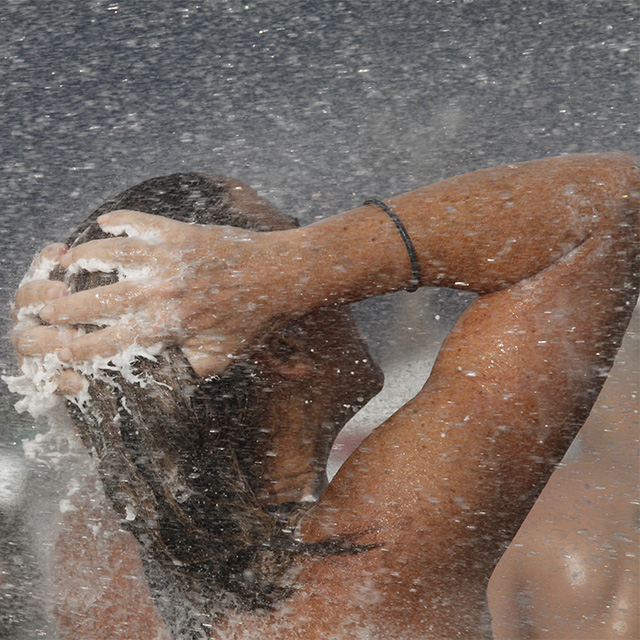 For a lot of people taking a shower is the best part of their day.

Whether you like the water steaming hot or as cold as it will go, stepping out of a shower so fresh and so clean – it’s a wonderful feeling. Nothing else like it.

Showers are great. We’re about to show you some ways to make your shower even better. Cleaning products, attachments and even a beer made to drink in the shower – it’s all below so keep on scrolling!

You can lay in bed for an hour (or three) looking at your phone in the morning but has the day even really started if you haven’t had a shower?

Many say no. Others say the day begins with that first cup of coffee.

We say, why not start your day twice as much as everyone else by combining caffeine with your morning shower!

You don’t even have to go into the kitchen either because someone figured out how to put caffeine inside soap? Apparently caffeine can be absorbed through the skin, so get an extra charge in the wash with caffeinated soap! 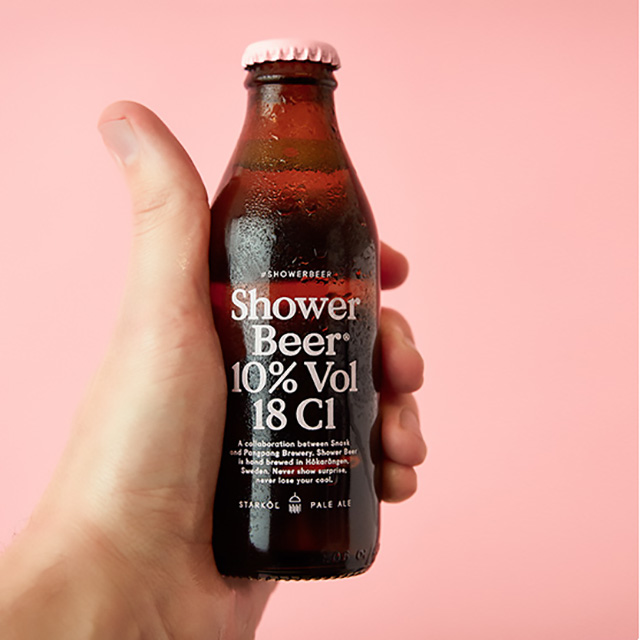 So you like to do your showering at the end of the day instead of the beginning?

There’s a drink for that, too.

Showerbeers have been a thing for quite some time. (There’s even a pretty popular subreddit for everyone who drinks beer in the shower.) And now there’s a beer that was created specifically for the purpose of enjoying in a shower.

It comes in a glass bottle, which seems not smart, but they claim the print on the bottle gives it a decent grip. The serving size is smaller than a standard beer but the alcohol content is way high. They say it’s small but strong so you can drink it in just a few gulps before it gets warm and still catch a buzz. 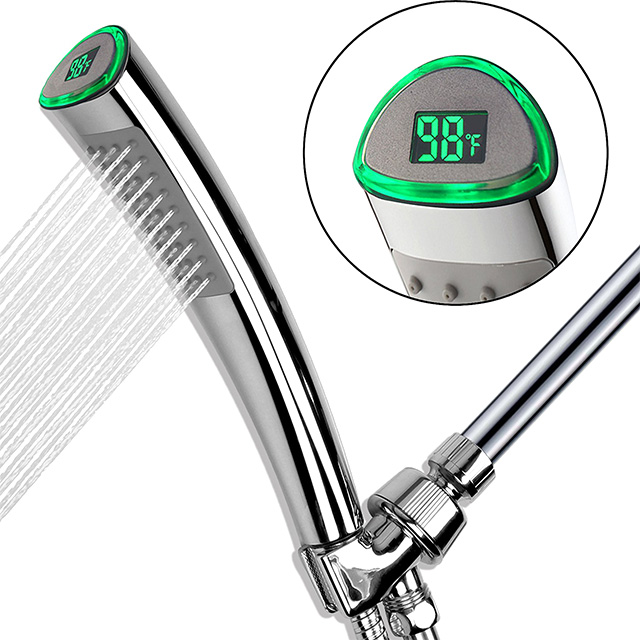 Everyone has their own sweet spot for the water temperature in a shower.

Some like it hot. Some of you savages are out there taking cold showers. And of course there are millions of people who like it somewhere in the middle.

Now, however you like your water, you probably don’t even know the actual temperature of your preference. We can fix that.

This detachable shower wand has a water-powered digital readout on the end which displays the temperature of the water coming through the showerhead. Get in there and get the water just how you like it, take note of the temperature and you’ll be able to dial in the perfect shower temperature before you step in from now on! 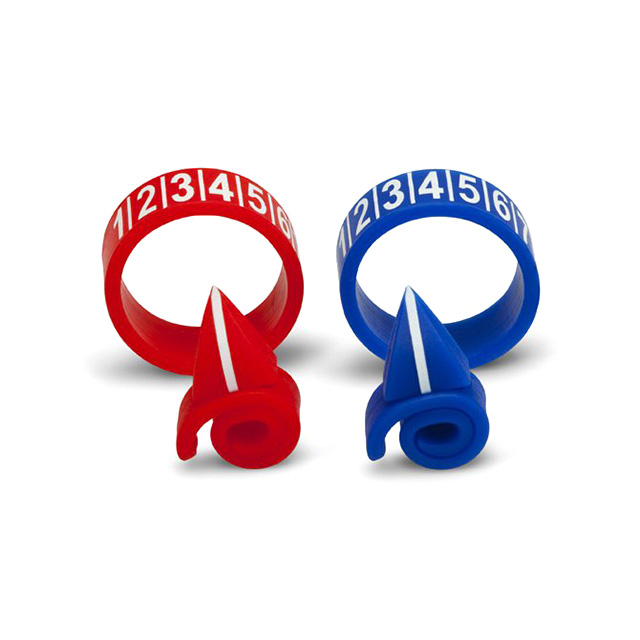 That digital display shower head is not expensive by any means but if you don’t like it then here’s another option.

It doesn’t have that cool gadget factor but it works!

These attachments go on the hot and cold water knobs to give you a visual cue and number scale to associate with the temperature of the water coming out of the shower.

So you’ll be able to know that the water temperature you prefer is, like, a 3 hot plus a 1 cold – get it? 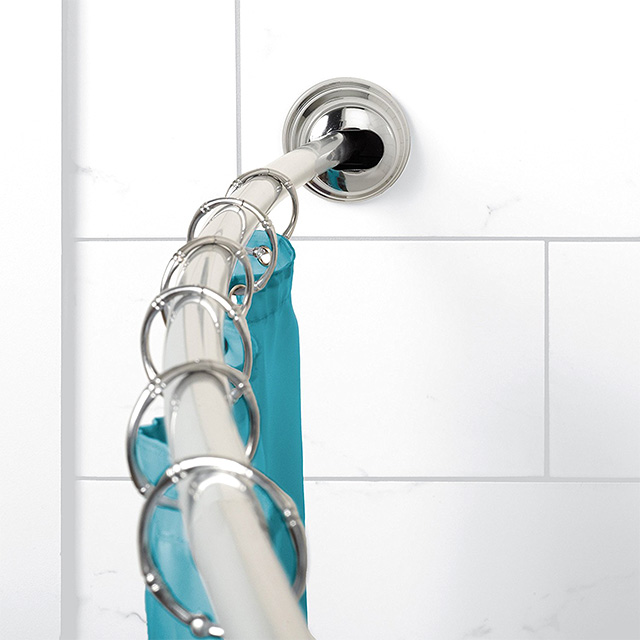 If you’ve stayed in any hotel between the quality of “I’m not even going to the bathroom” to “holy shit, this place is so fancy that the shower water comes out of the ceiling and walls” then you’ve seen these curtain rods.

It’s a curved curtain rod that extends outward from the shower to give you significantly more room in the shower. It seems simple but this is a game changer! 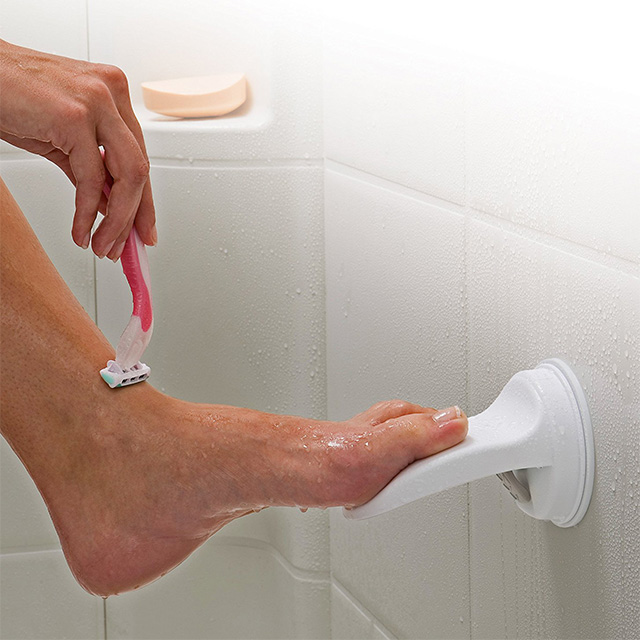 Falling in the shower – it’s not just for old people anymore!

Health and wellness aside, you don’t want to have to explain to someone that the reason your arm is in a sling is that there’s this spot on the back of your leg you always have a hard time reaching to shave and….

Put some stability in your grooming life by giving yourself a step up, literally!

This shower step attaches to the wall via a strong suction cup (make sure it will work with your shower wall by checking the product info) and creates a footrest to give your elevated leg some support while you shave. 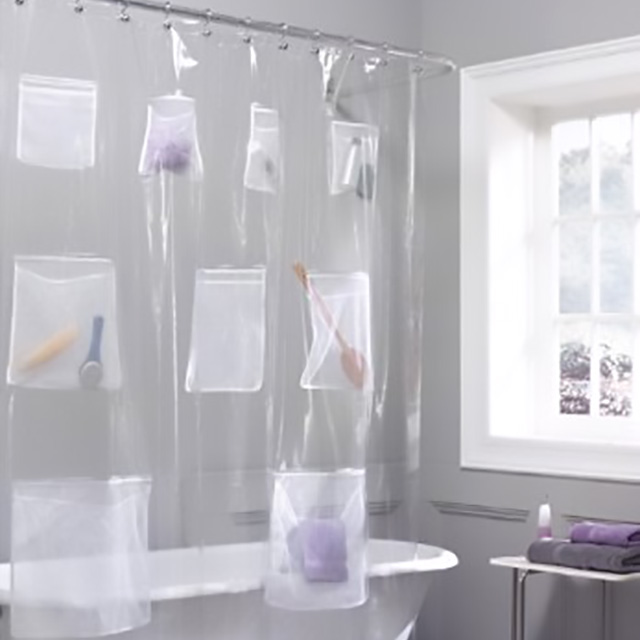 It’s like every other week they come out with some new product or tool you have to have in your shower to get properly exfoliated or whatever.

Where are you supposed to put all this stuff?!

Those racks that hang from the shower head can be good but you have to spend the money to get a good one or else you risk the whole setup slipping off and breaking all those expensive goop and gel containers, not to mention smashing your foot if it falls while you’re in there!

Putting pockets in the shower curtain to hold things makes way more sense! Especially if you get one of the curved shower curtain rods up there to create more space… 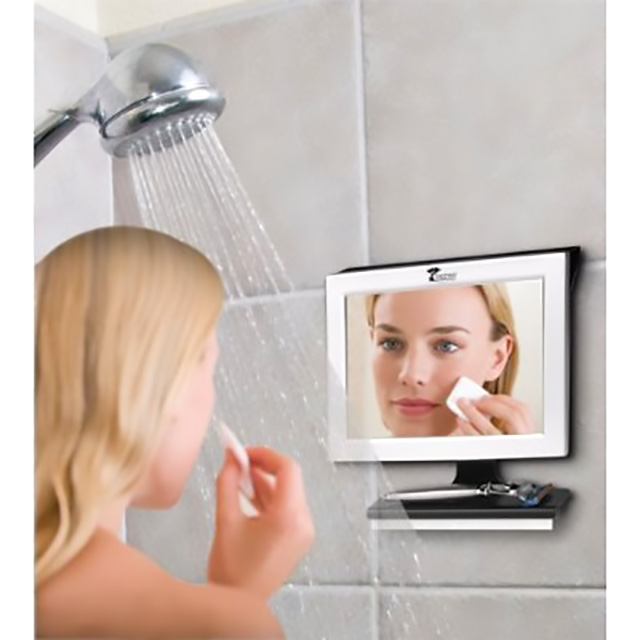 These fogless mirrors are great to have in the shower for a lot of reasons.

If you like doing face masks then it’s way easier to wash them off in the shower, as long as you can be sure you got it all! It also can be a time saver to remove makeup in the shower or maybe you just like looking at yourself more than you like reading the back of the shampoo for the nine thousandth time.

Dudes, have you ever tried shaving in a hot shower?

The steam helps keep your stubble soft for an easy shave and this mirror lets you keep track of that razor on your precious face! 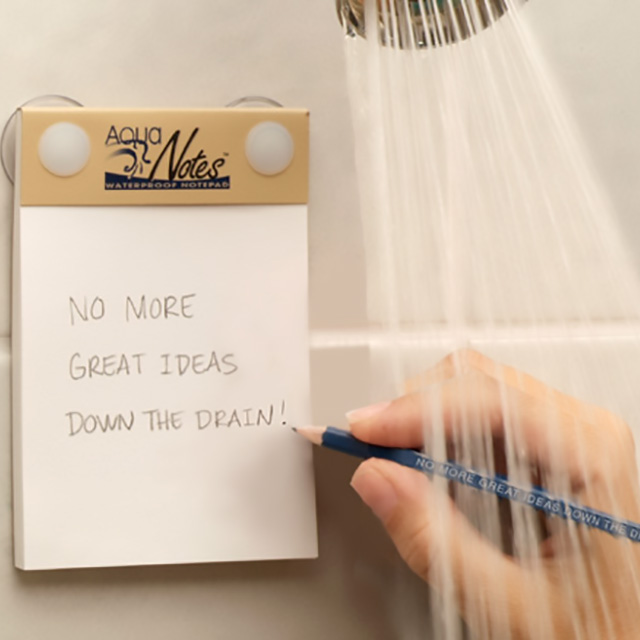 Showerthoughts are a crazy phenomenon.

Maybe you’ve never heard the term but it’s used to describe those sudden “epiphany” ideas that have a tendency to occur to most people while they’re taking a shower.

It could be the negative ions, the running water in the background, the lack of data coming at you from other people and device screens, nobody really knows. Out of nowhere, a major revelation appears in your mind!

Whatever causes it, the shower thought is real and you could totally lose the brilliance if you don’t get it down somewhere quick! Fortunately for us all, these geniuses invented a waterproof notepad.

Mount it in the shower and you can jot down those flashes of genius as they come to you! 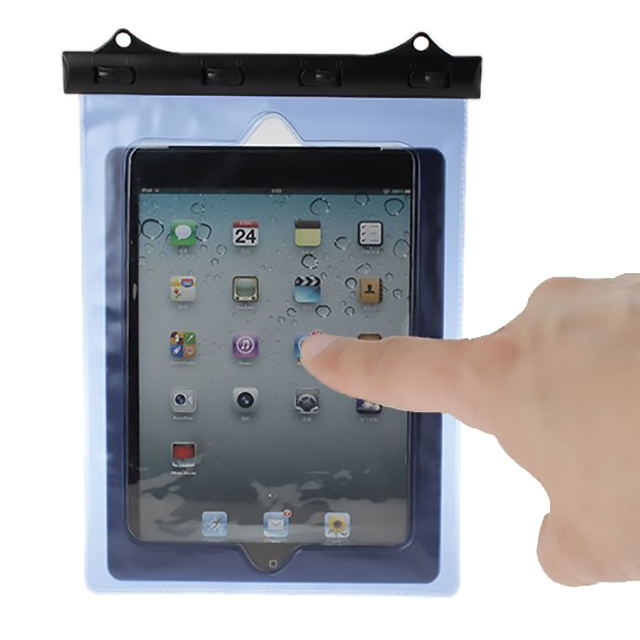 Can’t bear the thought of being apart from your mobile device for a single waking moment?

Here’s a waterproof case that can fit a tablet inside of it. The touchscreen is still able to be used, so you can switch around between texting and reading and watching videos.

Also, when we say waterproof, we mean waterproof. You can take this thing fully underwater, even on diving trips if you want! 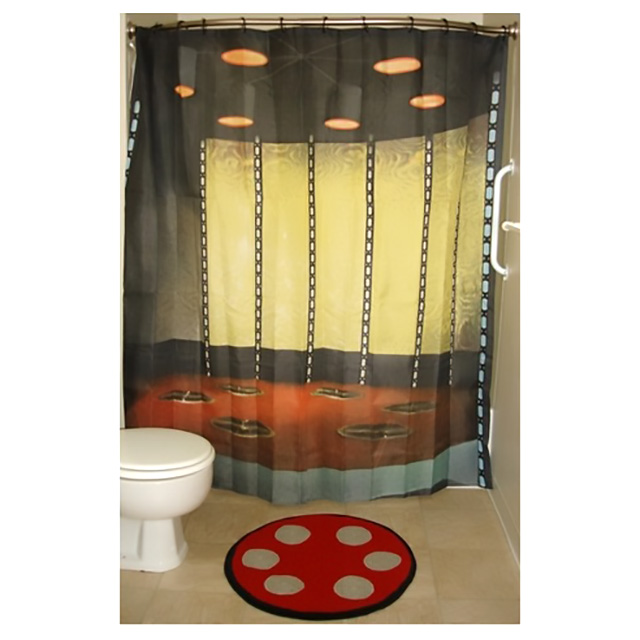 No doubt there have been a few people idly scrolling through this post wondering how the hell showers are such a big deal.

If you don’t get it, that’s fine. Maybe showers don’t have the same effect on you as they do for the rest of us.

Or maybe you just need to make your bathroom look like the transporter room from Star Trek’s USS Enterprise!

This set includes a shower curtain with an image of the transporter room and a bathmat designed to resemble one of the actual transport units, so stepping in and out of the shower can finally become that “transporting” experience for you that it seems to be for everyone else!