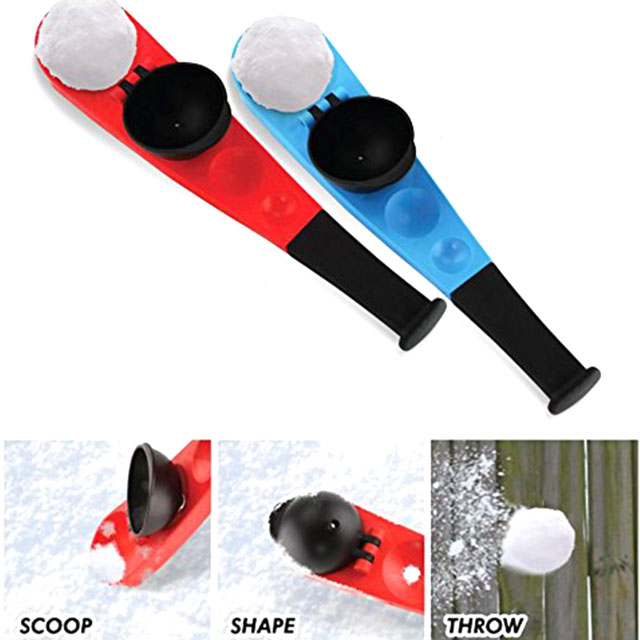 It’s great to be alive in a time where people won’t rest until every single activity has a specific tool designed to make it faster and more efficient.

Making snowballs by hand is for peasants, man! Get one of these things and destroy the competition in any snowball fight by forming and flinging ammo faster than ever before!

They make a red one and a blue one, so we’re seeing teams. We’re seeing epic battles of Red vs. Blue. Snowballs flying through the air. Casualties dropping like flies. Champions realizing their full potential on the field of war.

Or, you know, you could just make some kid really happy by giving this to them as a birthday present. Whatever.