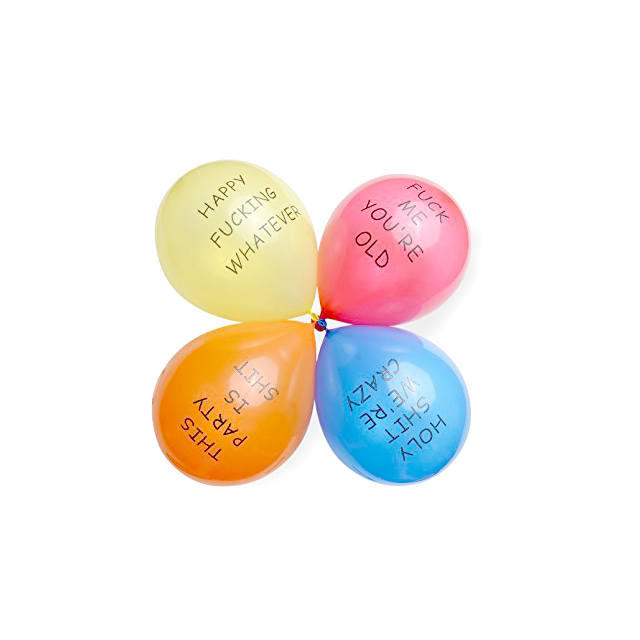 After a certain point, going to parties becomes a chore like any other thing you’re supposed to do.

We called these Rude Party Balloons but we maybe should have called them Honest Balloons because “THIS PARTY IS SHIT” should have been on the balloons at probably half the birthdays we attended this year.