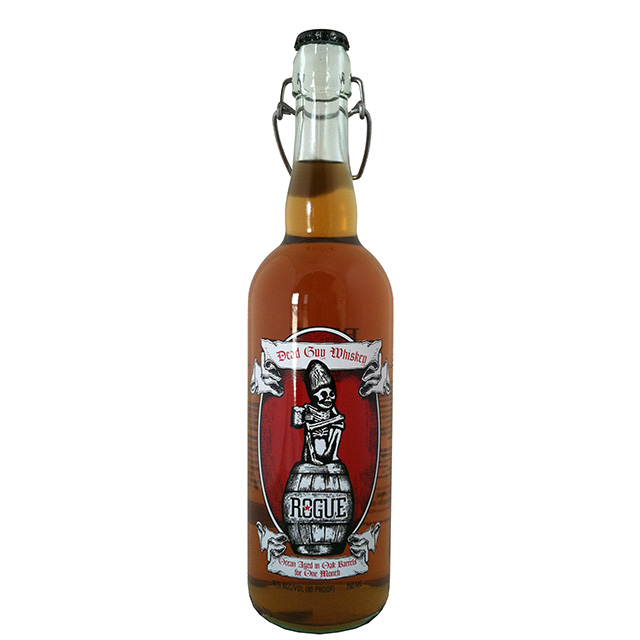 But what we have here is not a beer. It’s a whiskey. And an odd one at that!

If you know a lot about whiskey, this one could best be described as young.

The bottle states, “Ocean Aged in Oak Barrels for One Month,” if that tells you anything. Starting with the same malts used in Rogue’s Dead Guy Ale, the Dead Guy Whiskey combines those malts to be fermented in “free range coastal water” (that means they get it from outside the distillery).

After a double distillation process, the whiskey is placed in charred white oak barrels to age for a month.