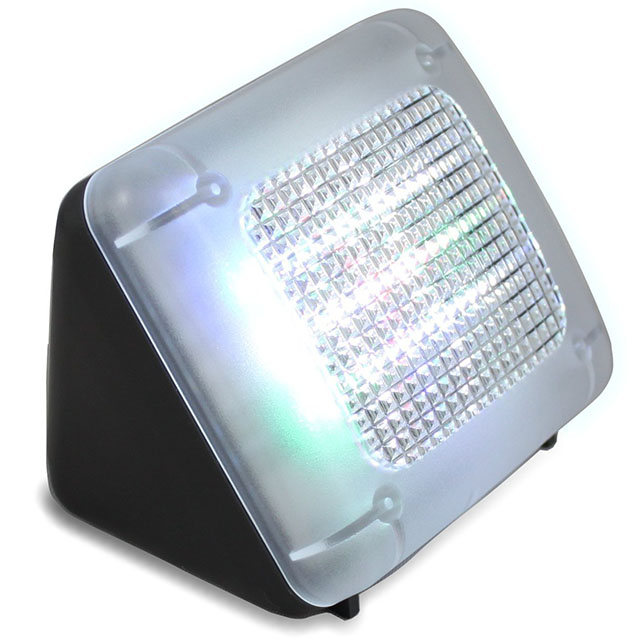 Right now you might be thinking, “That’s a pretty bad fake TV. It doesn’t look anything like a television!”

One switch operation, it uses less energy than an actual TV (which is the whole point of its existence) and just look at those reviews.