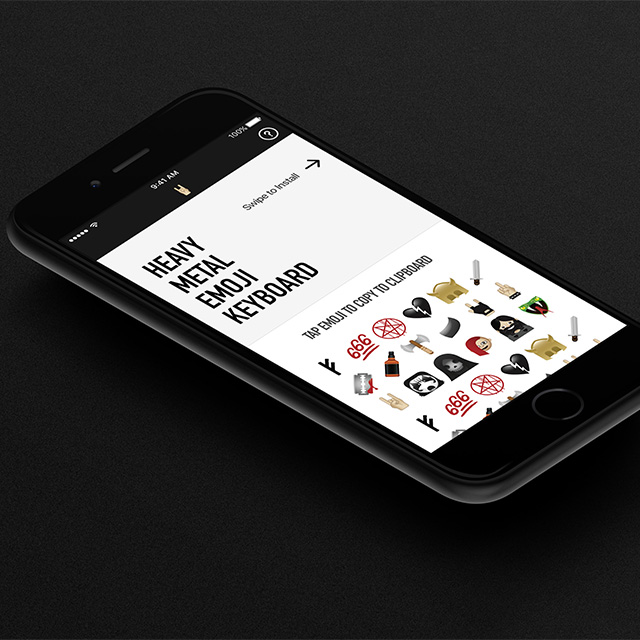 Someone has finally given metalheads a seat at the emoji table by creating this third-party iOS keyboard with over 175 brand-new emojis. You’ve got longhaired hessian characters, whiskey bottles, middle fingers, bloody swords. Shit, they even gave you Black Metal kids some corpse paint and pentagrams!

Fuck those garbage keyboards from reality TV stars. The regular emoji keyboard already says everything they need to say. But until now there hasn’t been a way for metalheads to even speak that language. A happy little whale spouting water up in the air doesn’t have much to do with the rock and roll frame of mind, get it?

So here’s the deal, just like all third party emoji keyboards, this one really only works for iMessage and text conversations. That’s Apple’s fault. But HMEK has features those other keyboards don’t have that let you take control over the size and even the background of your emoji, which is fucking sick of them to do.

According to this press release we’re reading, they’ve got way more emoji on the way to the main keyboard and are working with some badass bands to build customized expansion packs. Get in on this now!

[Struggling to keep up with current trends? We recommend drunkMall’s Greetings, Fellow Youths gift guide – it’s so on fleek!]