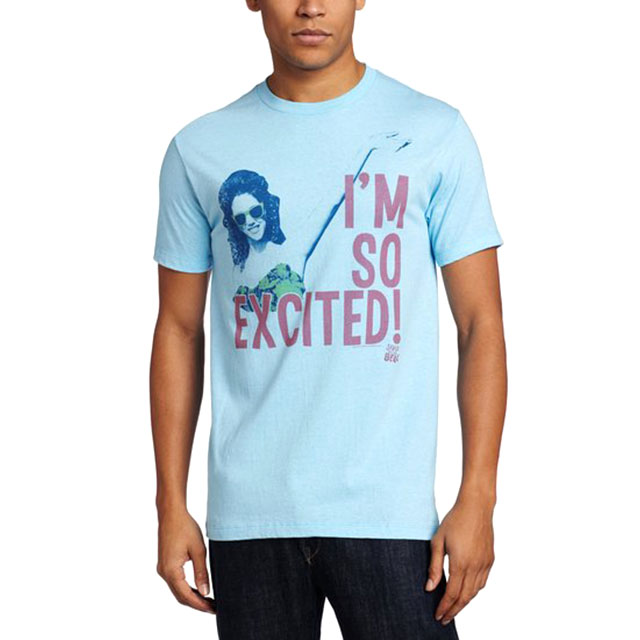 Yo, this shirt might be funny now but back in the day this episode of Saved by the Bell used to be scary as hell. Ask anyone who was around and impressionable and they’ll probably tell you they took some sort of anti-drug pledge or other, which, yeah, is hilarious now that we’re all degenerates of one kind or another.

Anyway, if you’re too young to know, there was an episode of Saved by the Bell where the girl who’s kind of a nerd picks up a nasty diet pill habit, eventually resulting in this breakdown.

Like we said, this was way before Requiem for a Dream existed. RUN DMC used to be what rappers looked like, too, so hold that up to Lil’ Wayne and maybe that’ll put this in perspective for you.

If you like this, you gotta check out the Kelly Kapowski-style Bayside Tigers long-sleeve we found a while back – get excited!