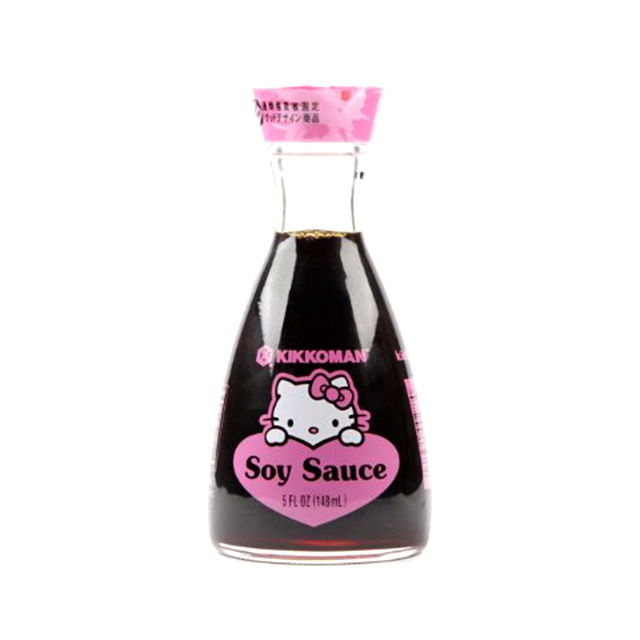 You need a bottle of soy sauce at home.

The packets you get with Asian takeout are nothing but trouble. Use those and you’re asking for a mess. Probably you’ll end up using way too much soy sauce, flooding your rice until it’s more like salt soup. Nobody wants that.

The soy sauce bottles sold in grocery stores aren’t much better, really. There’s a reason restaurants use a certain style of bottle: they’re much better, in every way. Accuracy is better. Portion control is better. It’s just better.

Now, you’re probably thinking, “But, drunkMall. Why wouldn’t I simply go out, have a side of steamed rice somewhere and steal the soy on my way out?” Listen, bro. That’s not cool. Don’t steal from people who make delicious food and stay open late so drunk people can chow down. They are heroes.

Also, none of those restaurants are gonna have an adorable Hello Kitty bottle like this one – you’ll have to shell out some cash to own this one!