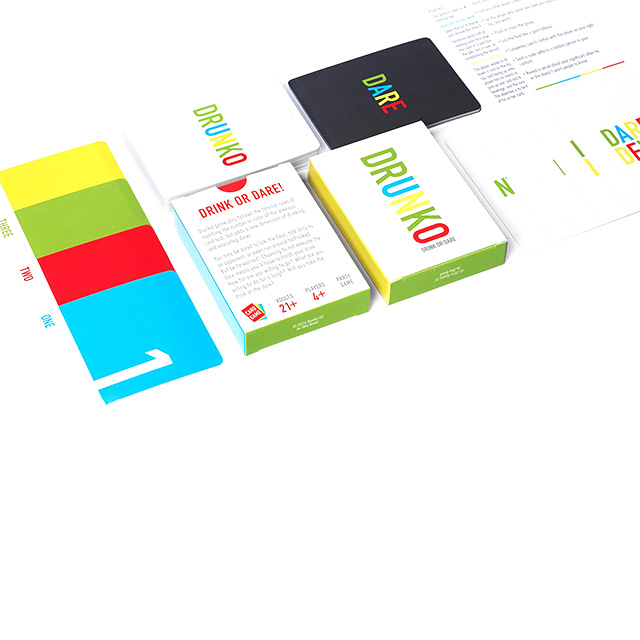 Ever tried to get a game of Truth or Dare going at a party?

Everyone’s afraid to choose “dare” because they know their friends are all psychotic asshole, so it usually ends up with everyone sitting around asking each other questions that make it really easy to tell who hasn’t been laid in three months…

Remove the “truth” part and leave the “dare” directions up to a deck of cards (instead of letting drunk people come up with the worst things they can think of) – and that’s a game called DRUNKO!

There’s a bit more to DRUNKO! than that but it’s obviously a really easy game to learn because they’re marketing it at drunk people, not astrophysicists. Some of the dares include improvising a rap song, running around outside in your underwear and making dirty sex-talk at other players of the game.

Also, you know it’s fun because the game comes with a legal disclaimer that the company isn’t responsible for your actions while playing the game!

[Many more adult party activities are waiting for you over at drunkMall’s Best Drinking Games Ever gift guide!]