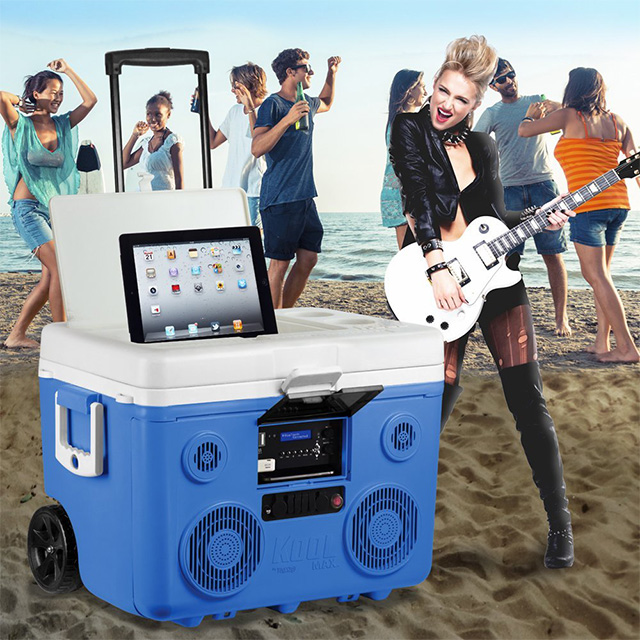 You know how every time you go to the beach it’s like, “Damn, I wish I had my guitar rig here so I could lay down some epic riffs while gazing out at these waves.”

Okay, so you’ve probably never thought that but now that we’ve put the idea in your head it sounds pretty rad, doesn’t it?

Hauling a guitar amp down to the beach and onto the sand sounds like maybe more of a pain in the ass than it would be worth. Plenty of people pack a cooler down for a day by the ocean, though, and that’s all you have to do to bring this fantasy to life!

It would take less time to list what this cooler doesn’t do but you’re looking at a 48 quart cooler (four 12-packs of cans) that can keep ice frozen up to 3 days. Oh and it’s also a portable PA with really just too many jacks to talk about here but you can easily play an instrument through it or just hook up a device to run through playlists and party.