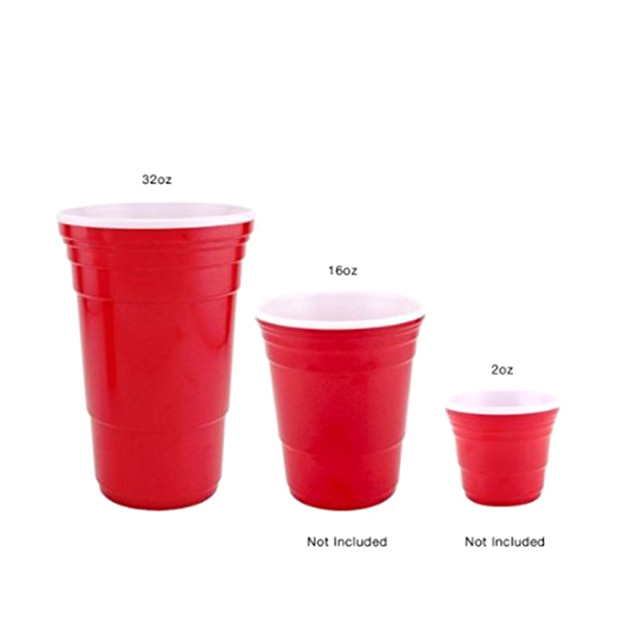 Nobody is saying that the red party cup isn’t an icon.

But even legends have flaws and the red plastic cup has a couple worth mentioning.

First, it’s plastic. That means it’s too easy to break, in any of hundreds of ways, with or without liquid inside of it. There’s a reason a sheath of spare cups has to be kept by any beer pong table worth dominating. But it doesn’t take a high action sporting event to crush a red party cup. You can destroy one just by accidentally bumping in to another person while walking across a room. Bummer.

Now, there’s nothing wrong with a 16oz. cup. We’ve all been using them since we were 13 or so. But that’s just the point. 16oz. has been the go to size since before you could legally drive! Maybe think about leveling up the quantity for your adult self.

That’s what we like the big red party cup.

It’s 32oz. (that’s twice as big as a standard plastic cup, if you don’t math good) and made of a highly reusable (and dishwasher safe) break resistant, double-walled plastic!