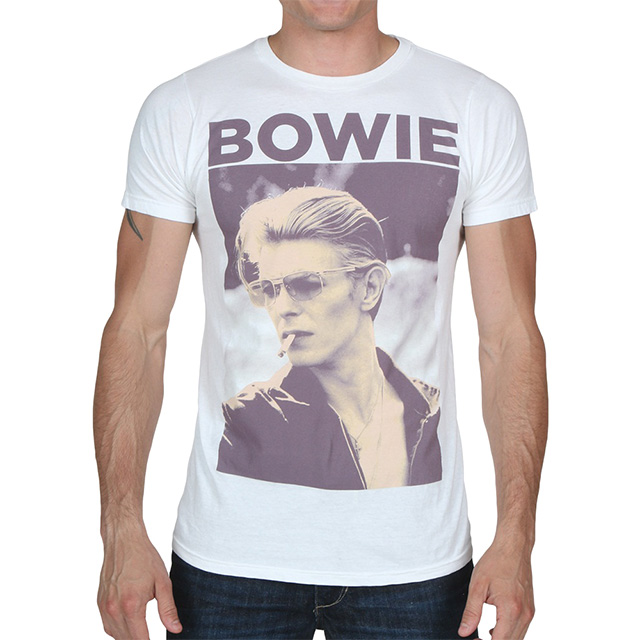 David Bowie was one of the most awesome, inspiring and influential human beings to ever exist in this universe or any other.

Show your love for the Starman with this classic David Bowie t-shirt design. Featuring an image of Bowie at one of his many peaks of coolness, sometime in the ’70s, wearing an open faced shirt, what looks like a small crucifix necklace, some absolutely fantastic sunglasses and sporting the kind of hair a fashion model would murder someone to possess.

And, as if anyone in the world could mistake that photo for someone else, the shirt says “BOWIE” in huge, all-caps block letters.

It really says something about a man when he was so iconic that a simple t-shirt made to glorify his mere existence can be seen as iconic itself. David Bowie was that man.