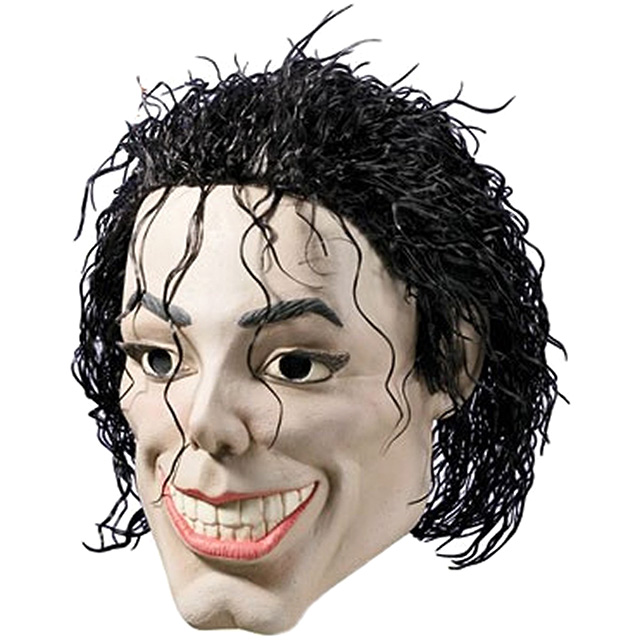 It’s difficult to know the intentions of whomever created this Michael Jackson mask.

On one hand, it’s absolutely terrifying. That’s not even debatable.

If this mask had been around when John Carpenter made the first Halloween movie, there’s a strong possibility that he’d have put Michael Myers in this one instead of the Shatner mask.

It’s also quite reminiscent of Gwynplaine from The Man Who Laughs. (One of the inspirations for the Batman character, The Joker.)

Okay but on the other hand, it looks exactly like The King of Pop, who, let’s be honest here, made some questionable decisions when rearranging his face.

So is it supposed to be scary or not?

Does it really matter?

If you need the best Michael Jackson mask ever made, we think this one is it. If you’d like to inspire some sheer terror in people with it, well, you can probably get that done.