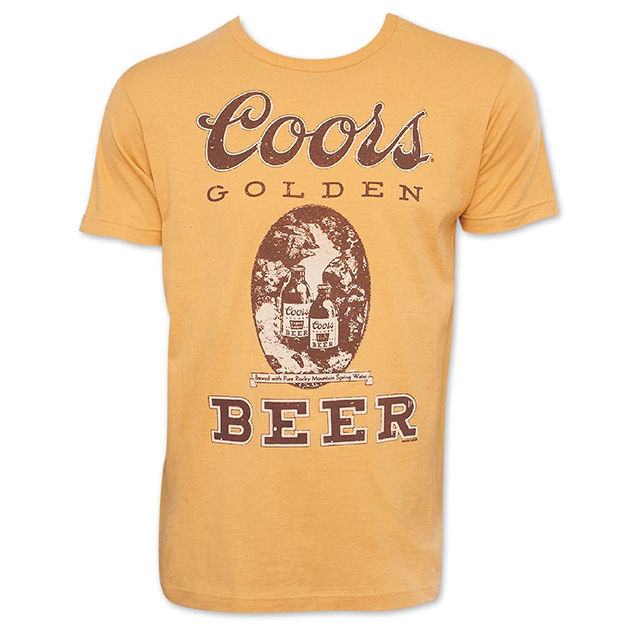 Celebrate a legendary beer with an epic t-shirt!

This tee looks exactly like an old school can of Coors beer.

Now commonly referred to as Coors original or Coors Banquet, the original Coors beer is only 100 years younger than America itself! It’s been around, baby, and an alcoholic beverage doesn’t stick around that long unless it’s a quality drinking experience. (Remember Zima? Exactly.)

They’re mostly designed with the lowest common denominator of consumer in mind. It’s insulting and embarrassing.

This beer shit is probably the best beer shirt we’ve ever seen. We didn’t check but it’s likely that this is the only straight up branded beer shirt that’s ever been posted to drunkMall!

That yellow is such a neat color and it’s exactly the same as the color of those cans of Coors.