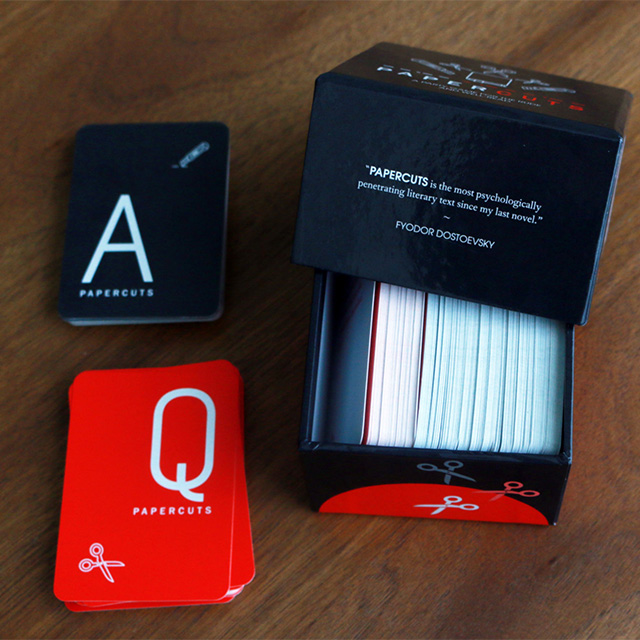 You don’t have to drop down to their level. Elevate the intelligence of gameplay!

Using the same basic concept as those other party games, this box comes with a set of question cards and a set of answer cards. The difference is that the theme of all the cards is much more literary than a typical party game. You’ll want to have read more than five books in your life, in other words. In other words, you’ll want to be the kind of person who uses the quote, “I would prefer not to” and looks around disappointedly when nobody else gets your Melville reference.

Basically, it’s a card game for whoever writes most of Sterling Archer’s jokes on Archer.