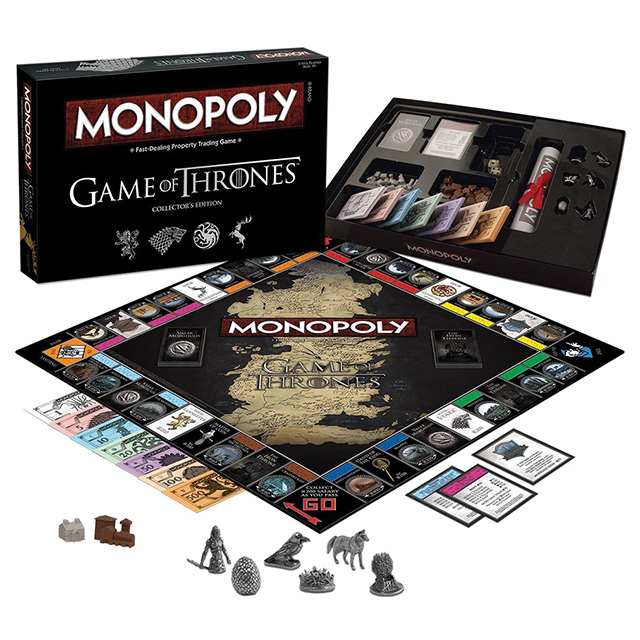 Looking for something to do while waiting for the new season of Game of Thrones to start? News Flash: you’re gonna need something to do after it starts, too, because that weekly wait between episodes is just as bad, brothers and sisters of The Watch!

Kill some time in a gruesome way by playing a game or two of America’s favorite marathon board game! The fate of Westeros hangs in the balance of every roll of the beautifully “aged” dice in Monopoly: Game of Thrones edition.

It’s the classic game we all know and love but fully customized to feature famous elements of the hit series. Play as a direwolf, three-eyed raven, dragon egg or even the Iron Throne itself. Each denomination of game cash features a sigil from a different house.

And, of course, the entire board (except for the corners) is renovated to feature locales from George R.R. Martin’s A Song of Ice and Fire universe.