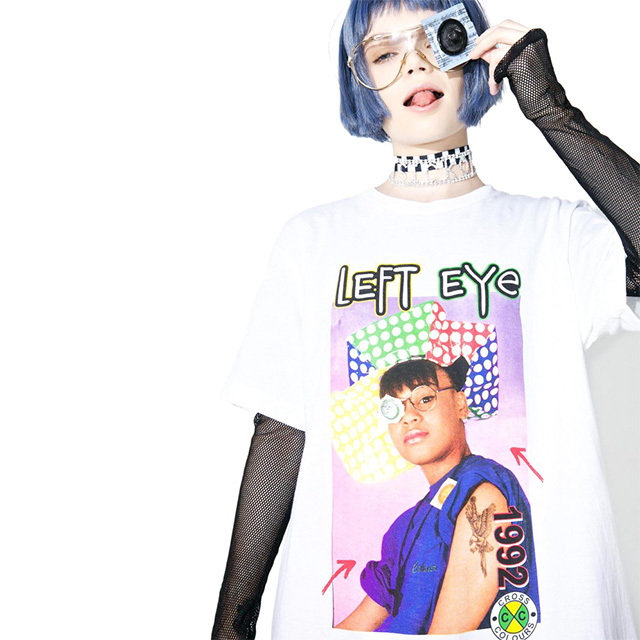 No scrubs would ever be wearing an old school TLC shirt and that’s how you know it’s legit!

Featuring Lisa “Left Eye” Lopes (a.k.a. the hottest one a.k.a. the one who would burn your motherfucking house down by trying to set your sneaker collection on fire in a bathtub a.k.a. the who challenged the other members of the group to each make a solo album and see who was better), only truly old school fans of the group could get down with this shirt.

In this 1992 photo of Lisa, she’s wearing her glasses with a condom in one lens, as TLC were vocal supporters of safe sex. TLC were way ahead of the curve on social matters. It’s a shame that Left Eye isn’t around right now because her voice would be huge to have in the world right now.

Give props to her with this shirt.