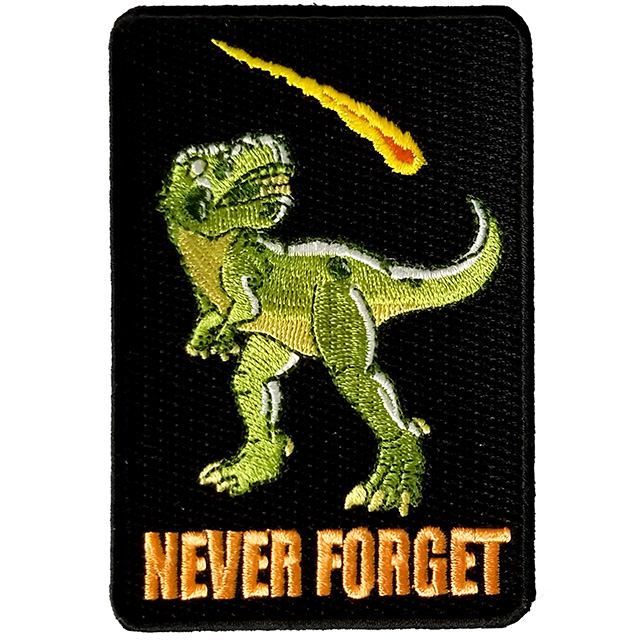 Of course you don’t!

99% of those poor bastards went extinct like a bajillion years ago. It’s a bummer, too, because Jurassic Park would be such a lit vacation to take. But, no. Some stupid ass comet had to come along and wreck the party.

So in honor of the fallen lizard dynasty that ruled this planet before we figured out written language and shit, here’s a patch you can put on a jacket or a backpack or something.

You know the rest of the story. Now your duty is to never forget it!