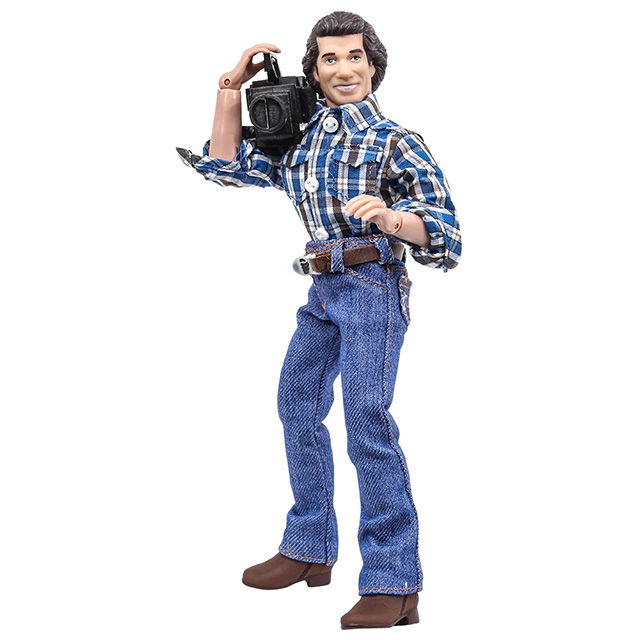 If a pro wrestler does a backflip body slam off the top turnbuckle and nobody is there to see it, do they still piss blood in the locker room after the show is over?

The only reason to do something stupid like throw your entire body through the air at another human’s body is if a lot of people are watching (thereby making it a lucrative endeavor) and the best way to get a lot of people to watch something is to make a video of it!

That’s where your standard cameraman comes into play. Back when pro wrestling was basically the most popular form of entertainment for teenage boys in the United States, they must have been selling so many action figures that they decided it would be a good idea to make a cameraman action figure because that’s exactly what this is.

You can set this guy up on table while you play this board game or you can just put him in your shrine to high impact sports!