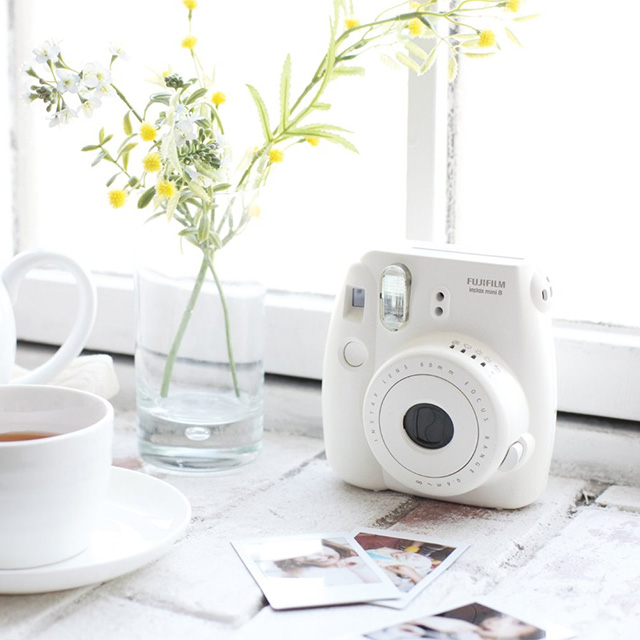 This instant camera develops slide-shaped photos that are quite a bit smaller than standard Polaroid film. Cute, right? It’s a unique way to capture those special scenes and moments.

It’s entirely possible that some people reading this have never used an instant camera in their lives, so let’s talk about what that even is…

Before everyone was walking around with digital camera functionality on the smartphones in their pockets, we used to take pictures on cameras that used canisters of film to record the photos. After developing a spent roll of film, you’d end up with physical photographs on glossy paper.

So back to this camera. It’s like that but the pictures it makes are smaller. (This doesn’t necessarily mean your penis will look bigger in the photos.)